Wholesome, heartfelt film: “The Half of It” review 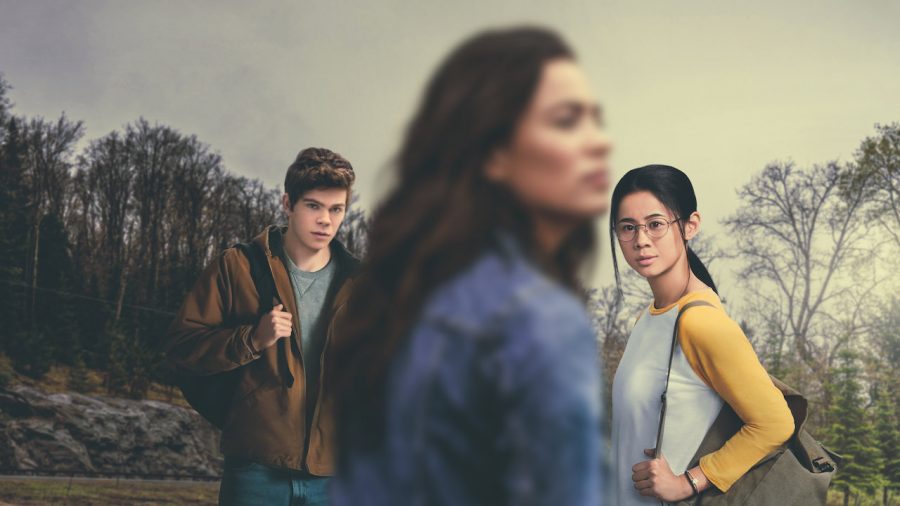 As the end of the (very weird) school year approaches, a combination of postponed movie release dates in theaters and an increased amount of time at home creates the ideal environment for binge-watching on streaming services. Netflix, thankfully, is adding new content: most notably, “The Half of It” May 1.

“The Half of It” is a story about love. Not romance, as I thought it would be based on the movie’s trailer, but love — as an idea, a connection, an action and in different forms. The plot, inspired by director Alice Wu’s college experience, is fairly simple: Ellie Chu has made a name for herself at her high school in small town Squahamish by writing people’s English essays for them. Enter Paul, who tosses up the structure of Ellie’s life. He’s a football player, but similar to Ellie, he stands out from “the crowd” and doesn’t have any close friends. He asks Ellie to write a love letter for him to send to Aster, but one letter turns into many letters and texts, creating a connection between Ellie and Aster and a physical relationship between Paul and Aster, who go on a couple of dates together. What ensues is a tale exploring love, sexuality, maturation and moving on.

From the beginning, which starts out as an animation, the movie sets itself apart from other teen movies. Yes, there are a few cliches throughout: the squad of blonde popular girls walking down the hallway, a meet-cute where person A helps person B pick up their papers after falling down, name-calling of the main character who stands out from “the crowd,” etc. However, the intentional inclusion of these cliches actually makes the movie stand out because they provide the viewer with a clear comparison to other movies with those moments.

Ellie Chu is different — but don’t worry, the movie doesn’t perpetuate the “not like other girls” trope. She has no friends, not just because of her reclusive personality but also because she’s Chinese and not very well off in a small town full of middle-class white people. Her dad struggles with finding work due to his difficulty speaking English, so Ellie gets into the essay-writing business to help cover bills.

Each of the film’s central characters are unique and sympathetic. Ellie Chu is logical, responsible, independent and has difficulty opening up to those around her. Paul is a bit dense, but sweet, open and selfless. Aster is introspective, quiet and plays along with what people want or expect her to be. Paul’s infatuation with Aster, he and Ellie’s friendship, and Ellie’s and Aster’s romance (albeit a non-physical and not easily defined one when it develops) all weave into one another and end up profoundly influencing each person by the end of the movie.

The cinematography, sound design and editing of the film are masterfully done. One of my favorite parts of the movie was the voice-over for each of the letters and texts exchanged between Ellie and Aster. Although Aster believes she is talking to Paul, Ellie and Aster’s words are vocalized by the two characters, making the written conversations between them a verbal one — the audio removes the physical boundary between Ellie and Aster, making the emotional connection between them more apparent to the viewer. There are similar choices throughout the film that clue the viewer into the characters’ relationships and feelings, even when they aren’t clearly stating them to one another or themselves. “The Half of It” thrives in subtlety, and it trusts the viewer to get the full picture of the movie for themselves without repeatedly slamming the themes in their face.

Overall, “The Half of It” is a heartfelt subversion of a teen rom-com and an excellent watch during this social-distancing period. The ending is satisfying, in an unconventional way. And for seniors in high school who can relate to the characters who are also seniors, the movie teaches a lesson about making the most of the present but moving on when it’s time to do so. Parting ways from people is a natural and constant part of life that “The Half of It” does an excellent job of portraying in a bittersweet way. For many seniors who are physically parting ways from their friends as they move into the next stage of their life in college, “The Half of It” provides a story they can relate to.