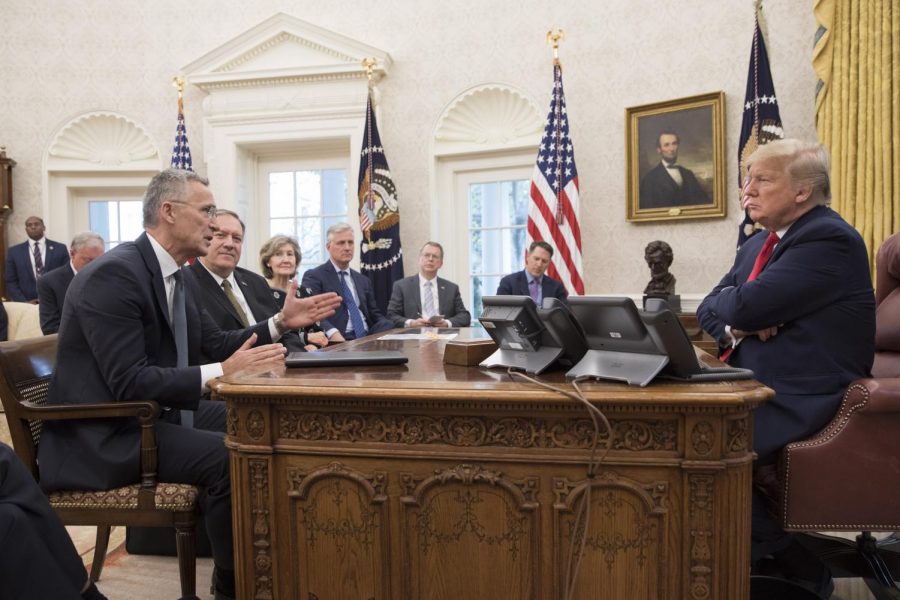 A recording emerged of France’s Emmanuel Macron, Canada’s Justin Trudeau and the United Kingdom’s Boris Johnson mocking President Trump at a Buckingham Palace reception following a Dec. 4 NATO summit for having an unscheduled press conference outside the event, which caused delays.

On the surface, this is akin to a bit of high school gossip shared among world leaders. Superficial and petty, but ultimately harmless. But the root of this animosity is unsettling and goes to the roots of America’s standing in the world.

As of late, the United States’ relations with its allies across the globe are becoming increasingly strained. Those allies, the reward of more than 70 years of diplomacy from the rubble left in the aftermath of World War II, have long been a bedrock of American credibility and power in the world.

In 2019, the Trump administration abandoned America’s Syrian Kurdish allies in the fight against ISIS to the tender mercies of Turkey, hastily abandoning bases that Russian forces in Syria gleefully loot.

His administration undercut the years of hard work the country’s diplomats conducted to hammer out the Iranian nuclear deal, which prevented its extremist regime from getting nuclear weapons. Instead, his administration unilaterally withdrew from the agreement, blindsiding America’s European allies who helped negotiate the deal — consequently, the Iranian regime has restarted enriching uranium for weapons.

His administration plays nice with vicious dictators like North Korea’s Kim Jong Un, groveling under the pretenses of a peace deal and denuclearization for what ultimately only ended with a photo op, embarrassing the country for no tangible benefit. It is a sad day when mass murdering dictators receive the red carpet from the leader of the free world.

The United States is not a superpower because it has the world’s most powerful military or the world’s largest economy. It is not a superpower because its leaders play nice with dictators — John F. Kennedy and Ronald Reagan, two of America’s most popular Cold War presidents from opposite sides of the political spectrum, left their mark on history confronting the Soviet Union’s “evil empire.”

The United States is a superpower because, in the aftermath of the largest war in human history, it saw a better way: a world order characterized not by a jump from war to war but a slow, deliberate process over 50 years which brought down the Iron Curtain. Such is diplomacy. Not “making a deal” in the sense with which the president has been so unhealthily obsessed, but a series of level headed, pragmatic decisions.

Surrounded by our democratic allies, the immediate risk of the apocalypse — nuclear war — was averted not by force of arms or a phone call sucking up to Gorbachev, but by building a coalition of nations committed to common defense, democracy, the rule of law and the fundamental rights of every human. In that moment, America’s allies made it truly great.

When the world hears “United States of America,” those words need to signify trust, stability and dealing with our allies in good faith. It cannot be the butt of a joke as it was on Dec. 4, and every misstep of the Trump administration makes America more of a caricature of itself.

It is not too late for America to reclaim the mantle of world leadership — but we must first prove that we have earned it.