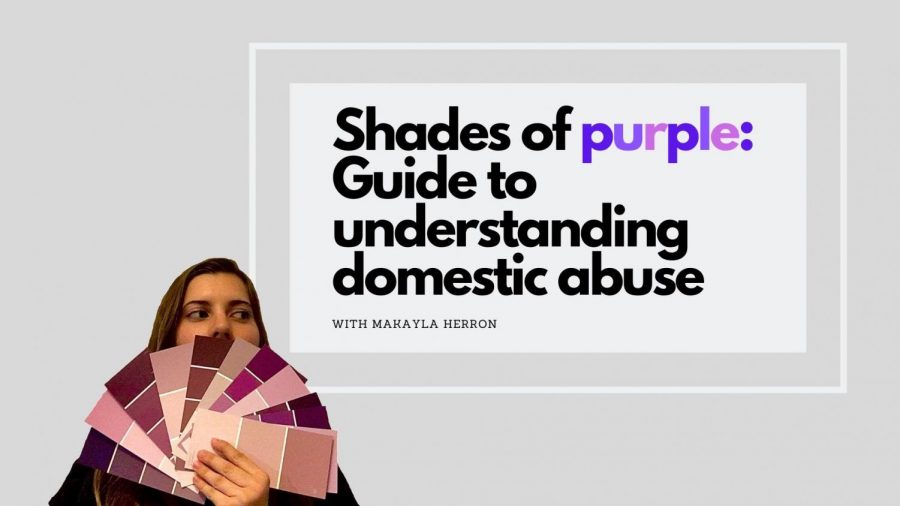 I was watching “The Aviator” the other night, which chronicles the life of Howard Hughes, a reclusive, eccentric man who sparked a relationship with a young woman and shortly thereafter grew increasingly controlling. He hired a driver to follow her around wherever she went, claiming it was because he worried about her. He also planted bugs in various areas of their house, including on the landlines, which he admitted to listening to the transcripts of. Although he attempted to portray himself as a concerned, protective boyfriend, his partner recognized his actions for its abusive nature and confronted him.

You might’ve heard people say to watch out for red flags in a relationship, but there’s a lot that behavior can include. While Hughes’ girlfriend may have been aware of what to look for, not everyone is. Young teens, for instance, are especially susceptible to this lack of awareness, but it’s important to evaluate the character of the person you wish to begin a relationship with so you can notice the red flags sooner rather than later.

While teens may not think they could be prone to relationship abuse, they experience abuse more often than adults; for instance, females between the ages of 16 and 24 are three times more likely than the remainder of the population to experience abuse in a romantic relationship. The numbers may seem daunting, but a firmer understanding of what constitutes an individual as abusive only increases the likelihood that you’ll be able to pick them out when looking to start a new relationship.

Whenever you begin a relationship or spend a fair amount of time with someone you fancy, your perception of them is distorted by your feelings. As a result, it becomes easy to focus on their positive attributes. Even if other people in your life point out their flaws, it may be difficult to accept your partner’s negative qualities, which is more normal than you might realize. Despite the importance of trusting your judgment, if several people take note of an alarming quality in your significant other, you should probably listen.

One of the biggest indicators of an abusive individual is abnormal jealousy. A certain degree of jealousy is reasonable, but if your partner insists that you only spend time with them, frequently accuses you of cheating, or sends several text messages after you  failed to respond within a short period of time, then that may indicate a red flag. For a teen with little dating experience, they may be unaware that these behaviors are unhealthy or may simply pass them off as cute, thinking their possessive partner is just looking out for their best interests.

If you find yourself changing your habits to please your partner, then that may be an indicator your relationship is unhealthy as well. Of course, listening to new music or taking up a particular interest in a sport or type of art because your partner enjoys it does not qualify as changing your habits. However, a dramatic shift in your behavior to try to keep your partner happy, especially out of fear your partner will lash out on you for being too friendly or revealing, for example, qualifies as a red flag.

If your partner refuses to respect you or your ambitions, then that also indicates the possibility of an unhealthy relationship. They may belittle your goals or imply you are incapable of accomplishing very much, likely in an effort to make you financially and emotionally dependent on them. Suppose you had always wanted to pursue art and later on sell your drawings and paintings for commission but your partner questions your ability, constantly reminds you that art is a competitive field and you may not have what it takes to make a career out of it, or that people would never want to buy your art. It may not mean that your partner is trying to give you a reality check, but rather trying to grasp control over your emotions.

While these are just a few examples of red flags of abusive partners, there are many more. It may seem intimidating to think about when you’re younger, but becoming educated on what an unhealthy relationship looks like may save you from one in the future.