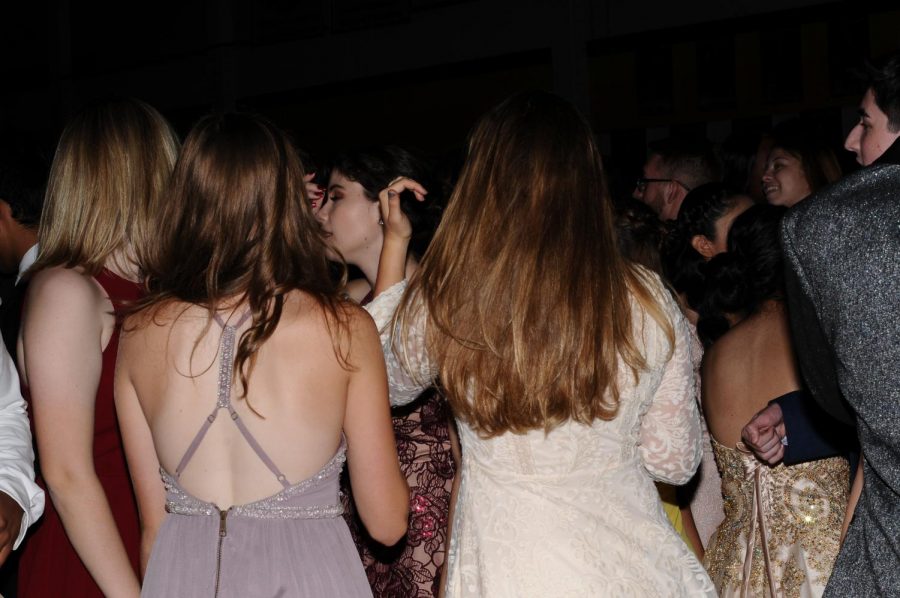 Students dancing at Homecoming on Sept. 29.

The theme for homecoming this year is Arabian Nights and while it might seem fun and exotic, the word “Arabian” is not just a theme, but a word that many different cultures identify with. I do not believe that this year’s homecoming didn’t accurately depict the Arab culture and by having this theme for homecoming the school contributes to the stereotypical view of the Arabian culture.

When I first heard that this was the theme for homecoming, I wasn’t completely thrilled by the idea. I knew that the dance would just portray over-generalizations of the Arab culture. As someone who is of Bangladeshi descent, I understand how the act of cultural appropriation can be demeaning. Cultural appropriation is when aspects of one culture, usually a minority, are absorbed by another without regards to its origins. Personally, I do not get offended when people engage in aspects of our culture, such as putting on henna or wearing traditional Bangladeshi clothing. Ever since I was young, I always thought about how cool it was that people were interested in my culture and I loved to share parts of it with them.

What I find offensive is when symbolic or spiritual aspects are taken and used as costumes or fashion statements. I absolutely despise the idea of taking a culture and then using it as a theme. One major thing that upsets me is the fact that the Arabian Nights homecoming was being advertised with a picture of a genie lamp. The genie lamp originated from the arabic word “jinni,” which refers to an evil spirit that could take the shape of anything. However, as the golden age of cinema approached in the 1920s any depiction of the Arabian culture featured a genie making it so a genie lamp and Arabian culture became synonymous. This lamp does not accurately represent over thousands of years of culture and having Arabian Nights as the homecoming theme just reestablishes stereotypes.

By romanticizing the Arabian culture the problems of the Middle East are severely downplayed. By publicizing a certain version of Arab culture in the modern American media, many do not have any other depiction of that culture, so what they see is what they consider the truth.  For example, Disney’s “Aladdin” is a mash-up of different Middle Eastern cultures set in an unknown region. This childhood movie created this inaccurate depiction of the Middle East in our heads. In contrast, the other way that the Middle Eastern culture is depicted is with a theme of terrorism. In crime TV shows like “NCIS” or “Law and Order,” any episode involving something from the Middle East will also center around terrorism.

Reporter Faisal Al Yafai writes an article going more into detail about how cultural appropriation contributes to silencing the Middle East. He discusses how fictional depictions of the Middle East create a false reality in the minds of the masses.

I personally believe that Student Senate, as an organization in a leadership role, should have put more thought into choosing a theme for homecoming this year. Choosing Arabian Nights as the theme makes cultural appropriation look acceptable.  Even though I am sure Senate did not intend to come across this way, they should have considered how they might end up affecting a culture before they decided to turn it into a theme.