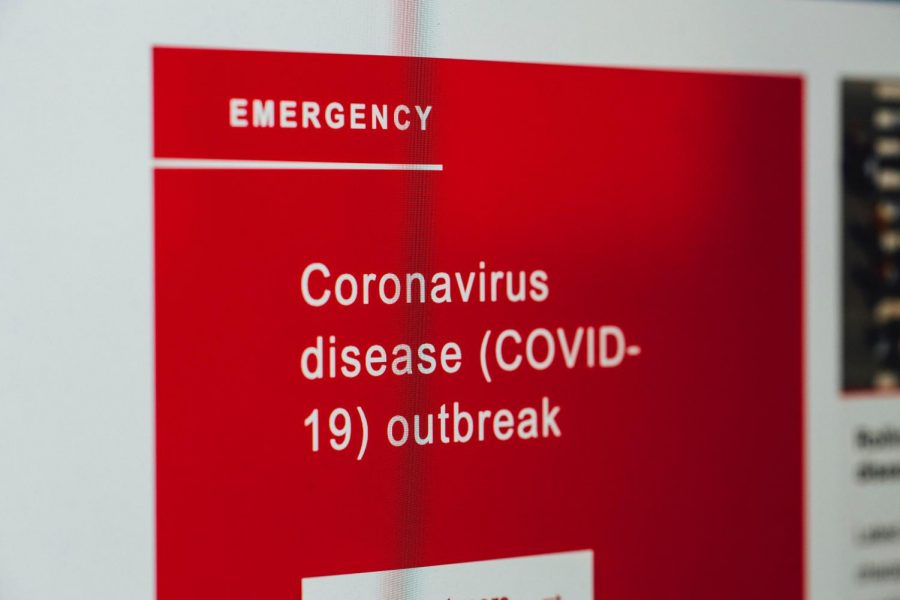 As COVID-19 entered the United States, it largely entered the world of politics as well. Politicians’ responses to the virus imitated their political views and were analyzed and judged by the public in the midst of an election year. Partisan politics handled and spoke on the virus drastically differently, with Republicans often believing it would pass hastily and Democrats preparing for a plethora of cases from the time the pandemic entered the U.S.
“I hate that it’s become political because the focus should just be on trying to help people and trying to save the people that are sick and dying,” senior Maddie Hansmann said. “But at the same time, you need politics to an extent to get things done.”

On the Republican side of the political spectrum, President Donald Trump spoke of the virus with optimism. He commented multiple times that everything would be fine until in March his dialect changed. He reportedly said that he was concerned about the pandemic from the beginning, according to CNBC, and called a national emergency March 13. On March 25, Trump released his economic stimulus plan. This plan aims to assist struggling individuals and businesses by sending $1,200 checks to many Americans, establishing a $367 billion loan program for small businesses and setting up a $500 billion fund for industries, cities and states.

“[Trump’s] economic stimulus plan is something which is very important to ensuring that the economy isn’t completely destroyed by this outbreak,” senior Riley Niksich said. “And his plan to help businesses as well as individuals can help to reduce the effect the outbreak has on people with lower incomes.”

On the Democratic side, Sen. Bernie Sanders utilized this health crisis to promote his plan for the healthcare system “Medicare for All,” according to the New York Times. Sanders has advocated for strong healthcare reform and more opportunities for the working class since 2017 and COVID-19 has given him a new platform to speak on. As hospitals struggle to manage the flow of new patients and unemployment skyrockets to 4% for adults and 14.3% for teens with a total unemployment rate of 4.4%, Sanders advocates his plan.
“I do not see any of the prevention policies as an overreaction,” Niksich said. “It is better to be careful and strong against the disease early than to be careless and not treat it seriously.  Not only will a strong response help the outbreak calm down faster, but it will also ensure that we do not end up in a situation where we are trying to do too little too late. That is the situation that we should be afraid of — one in which we have no control over our outcome.”

The virus has even become political on a local level, as counties with different political views take differing measures to prevent the spread. Collin County, identifying as conservative, has adopted a stay-at-home order that restricts people to their homes unless grocery shopping, seeking medical attention or traveling to a job, but classifies all jobs as essential as reported by CBSlocal. Dallas County, being more liberal, has put into place a heavier order, specifically stating types of businesses that can stay open and prohibiting public gatherings of more than one household, according to Dallas County.
“I feel like we should be a little bit more strict with the quarantining,” Hansman said. “But at the same time, you need to get out and walk your dog or just get fresh air. So you shouldn’t be fined for walking your dog or going to get groceries or something. But if you’re going out just because you want to go see a friend or something like that, [then] you shouldn’t be able to do that.”