Basketball coaches manage their time on and off the court 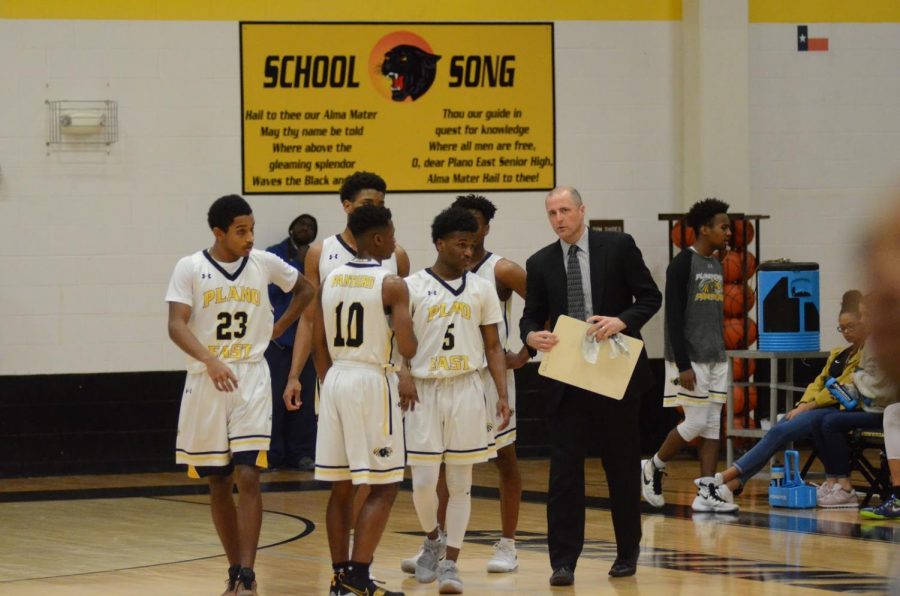 “I think everything’s contagious, so if you work hard, and you preach hard work, then the students or players notice that and it rubs off on them, and that’s what you hope as a coach,” Popplewell said.

Basketball season is the busiest time for the coaches, and they are currently in the thick of it. To accommodate all the practices and games, they have to sacrifice a majority of their personal time, which can also be an inconvenience for their families.

“There is not a lot of time for fun and family during season,” girls’ basketball Coach Cherilyn Morris said.

In addition to basketball, the coaches may teach a class or P.E. for part of the day, which requires more of their time.

“There is a balance of doing really well in the classroom and then doing as best you can out of the classroom for basketball,” girls’ basketball Assistant Coach Eric Popplewell said. “[My wife] says I work 65 hours a week, but it just depends on what’s going on.”

Most days, the coaches leave around 6 p.m., but on game days, which are Tuesdays and Fridays, their work day runs much later.

“You have to really communicate and have a spouse and family that supports that and really lets you do the things that you love,” Popplewell said. “It’s hard. You have to learn how to balance and sacrifice your own time.”

During off season, they are still busy as they offer open gyms and attend the players’ other games.

“Different times of the year plays different demands on my time, so this time of the year I make the very most out of the time I have,” boys’ basketball Assistant Coach Matt Wester said. “When I go home with [my kids], I don’t spend any of my time watching TV when they are awake.”

However, their hard work can be rewarding through the performance of their players.

“I had coaches that impacted my life dramatically in the sport and outside of it, just with their investment in me, so I think that’s why I [coach],” Morris said. “When I see something click for a kid, or when I see that they’re enjoying the sport, I think that’s when we see the benefits of what we’ve done.”

The coaches are also able to see the return on their hard work when past players visit on their college breaks.

“Working with kids is a lot like planting a shade tree, where you get to see a little bit of reward, but the reward will come later,” Wester said. “The truly rewarding part should be when they are grown and maybe something that we taught them rubbed off on them.”

They are nearing the end of the season, where they see some of their hard work pay off. The girls’ junior varsity team is undefeated so far, and varsity is playing against Allen Eagles on Friday, which is one of two games they need to win to move on to playoffs. The boys’ team has two home games left.

“I think everything’s contagious, so if you work hard, and you preach hard work, then the students or players notice that and it rubs off on them, and that’s what you hope as a coach,” Popplewell said.