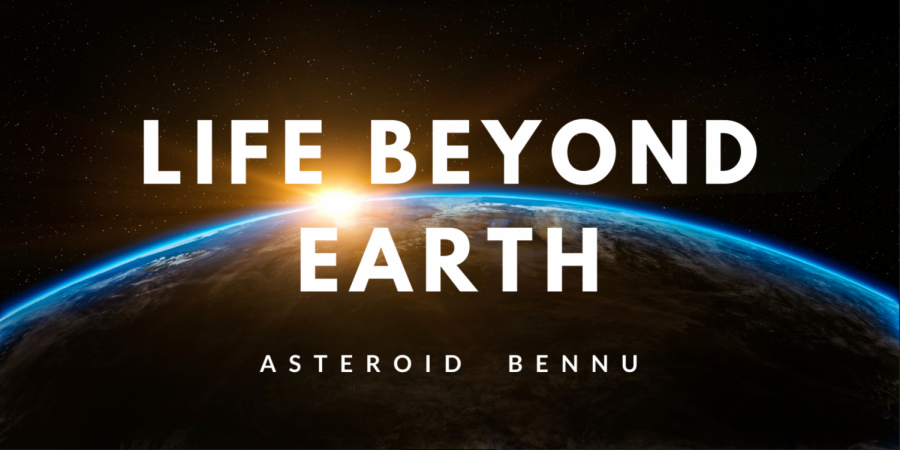 Four and a half billion years ago, our solar system was born from clouds of gas, dust and debris. Amidst the chaos of colliding rocks, our home planet was born, and with it, life. Details on how this cosmic event occurred is still a grand mystery, but luckily, hidden clues have been orbiting within the Milky Way since its formation; one of these is asteroid Bennu. On Oct. 20, an aircraft landed on asteroid Bennu, collecting regolith samples (rocks and dust) and setting course for its three-year trip back to Earth. Led by NASA’s Goddard Space Flight Center, the mission in charge of this endeavor is named OSIRIS-REx.

Having formed the OSIRIS-REx program almost two decades ago, Bennu was primarily chosen for its ideal size, age, valuable materials and — most importantly — frequent proximity to Earth. This not only allowed for easy preparation and travel to discover answers on formation of life, but also for humanity to study an asteroid that could collide with Earth in the 21st to 22nd century.

Although choosing asteroid Bennu as OSIRIS-REx’s target may have been simple, Bennu presented many obstacles. For months, scientists and engineers worked hand-in-hand to learn as much as they could about Bennu to prepare a successful mission. After conducting a thermal scan, scientists assumed that the regolith of Bennu would be soft and powdery, therefore not needing heavy duty equipment for sample collection. Unfortunately, much later data from satellite images showed a rocky and boulder-scattered surface, forcing engineers to redesign their entire model. This created a new scientific advancement because one of the changes included a software upgrade for navigation; this revolutionary technology allowed for the OSIRIS-REx probe to capture images of the asteroid’s surface as it approached for landing in order to modify its positioning without human aid. Essentially, the aircraft was able to calculate when, where and how to land safely all on its own.

On Sept. 16, 2018, the OSIRIS-REx mission was launched. About two years later, it successfully landed on Bennu, extracted samples and headed back home. This marked the first U.S. mission to carry asteroid samples back to Earth and returned the largest sample from space since the Apollo era. Americans and scientists around the world were thrilled with this news and are now waiting until Sept. 24, 2023 when OSIRIS-REx is scheduled to arrive back to Earth.

Unfortunately, only three days after the sample extraction, another challenge presented itself: the samples were flying out into space. Scientists once again misjudged the condition of the regolith, believing it to be much shallower than it truly was. Unfortunately, this was not something that could not have been deduced from satellite images prior to the mission launch. Regardless, the container in which the samples were kept was designed to hold a maximum of 2.1 ounces of rock. With bulky equipment created to combat boulders, the collection probe extracted much more regolith than it was meant to sustain. This made the container overflow, causing particles to slowly escape into the vastness of space. Throughout the next week, team members of OSIRIS-REx quickly and cautiously examined the best ways to close the container and complete the stowage process while losing the least amount of samples and causing the least amount of damage to the aircraft. The team once again victoriously completed stowage on Oct. 28– a week earlier than the original schedule designated. This was an incredible task to finish in such a short amount of time. Mission specialists are now focusing on bringing back OSIRIS-REx with answers to how life formed on Earth and possibly even other places in our solar system.

The OSIRIS-REx mission’s journey to and from asteroid Bennu held many unseen challenges that we were able to master. With each new mission and technological advancement, humankind is getting closer to solving the grand mystery of our past. The answer to how life evolved on Earth, and whether or not such a phenomenon could occur elsewhere, is nearing every second.