Breaking Down “Turtles All the Way Down” 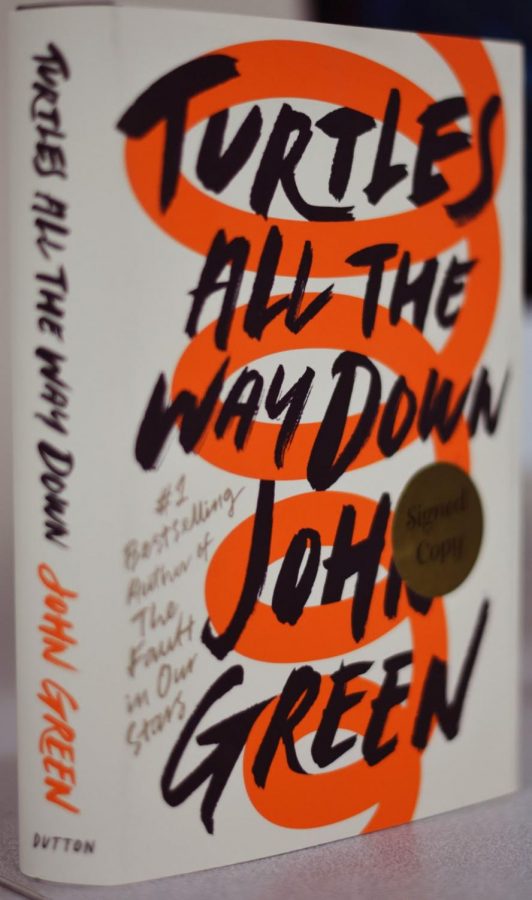 After the smashing success of “The Fault in Our Stars”, many fans of “YA King” John Green waited anxiously for the arrival of his next book: “Turtles All the Way Down”.

In “Turtles All the Way Down”, 16-year-old Aza and her friend Daisy become interested in a hundred thousand dollar reward for the fugitive billionaire, Russell Pickett. Their search for Pickett leads Aza to reconnect with a childhood friend, Davis, who is Pickett’s son. Though a large wealth gap divides them, Aza and Davis have several things in common. For one, they both have suffered the loss of a parent.

I, personally, was unsure of what to expect after reading the synopsis of “Turtles All the Way Down”. The plot seemed like it would be original enough, yet almost too original to the point of eccentricity. I mean, teenage detectives investigating a criminal billionaire?

The main character, Aza, suffers from Obsessive-Compulsive Disorder (OCD) and Generalized Anxiety Disorder. OCD is an anxiety disorder characterized by persistent, unwanted thoughts that may cause someone to engage in particular actions and behaviors. For example, in the book, Aza constantly worries that her body is contaminated with Clostridium difficile, a bacteria that can be fatal. She changes a Band-Aid on a self-inflicted wound on her finger several times a day. She even fears that she is fictional because she has no control over the thoughts that come into her head.

“Turtles All the Way Down” is told in first person from Aza’s perspective, so the reader can thoroughly understand what it’s like to have an anxiety disorder. They can see how Aza is trapped in her head.They can feel how exhausting it is to be perpetually haunted by these obsessive thoughts and compulsive behaviors. And because Green suffers with anxiety and OCD himself, Aza and her experiences are authentic and extremely relatable.

“Turtles All the Way Down” doesn’t just provide perspectives and metaphors to help readers better understand mental illness, though. It shows people that even though they may have a disorder, there is still hope for a joyful life. They can still find friendship, love, and genuine happiness. They can still do things that everyone else does, like going to college and finding that dream career. However, Green stresses that mental illness isn’t something one conquers and becomes free from. Mental illness may stay with someone throughout their life. However, despite how hard times can get, it never defines who a person is.

I would definitely recommend giving “Turtles All the Way Down” a read. Not only does it raise awareness for mental illness, a subject that will forever be relevant, it gives hope to people who suffer from it. The characters are real and relatable. The plot is intriguing. The message is important. It seems as though John Green has produced yet another brilliant Young Adult novel.